My over-ambitiousness came out again today as I’d booked to go on a free walking tour with ‘Free Tour Cartagena’ (again, very original) and I didn’t expect the hangover! Och well, what can you do? You only live once don’t you?!

What a beautiful, beautiful place!

No wonder it’s a top tourist destination – a place where cruises stop off with an abundance of hugely expensive and stunningly serviced hotels and boutique guesthouses.

The streets of Cartagena are narrow and surrounded on both sides by tropically colourful, colonial style houses – yellows and reds and oranges and greens and whites – with balconies covered in bougainvillea. 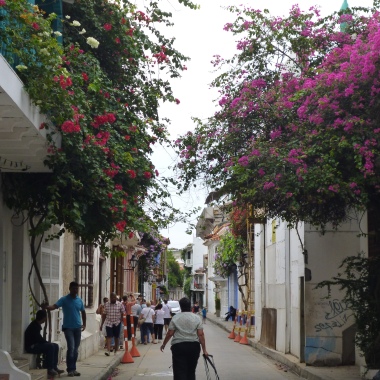 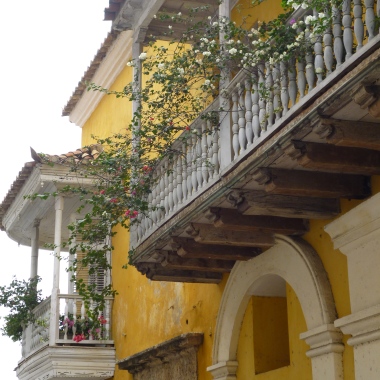 The people of Cartagena let everything hang out.  Its too hot to cover up and my shorts and vest top were positively modest compared to some girls and guys on the streets.  It doesn’t matter if you’re thin, chubby or obese, you want to be cool.  These people are sexy – they strut whatever stuff they have, are full of confidence and make the best of themselves.

Us less sexy tourists met at the Plaza Santa Teresa near the Museo Naval and made our way to the main tourist sights.

Iglesia San Pedro Claver was first up where my friends were getting married.  Its a hugely impressive church from the outside and is named after a 17th century priest who became the ‘slave of slaves’ and helped them as much as he was able to. There’s a cafe opposite and some fun sculptures. Next was the Plaza de la Aduana containing City Hall and a statue of Christopher Columbus.

Plaza de los Coches followed, a former slavery market and gateway to the Getsemeni neighbourhood and now a place for everyone to meet and hangout at the bars and market stalls selling sweets. 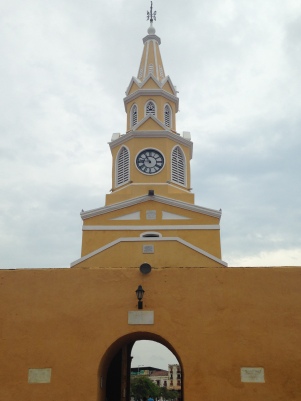 The stunningly pastel Catedral Basílica Metropolitana de Santa Catalina de Alejandría, otherwise known as the Cathedral of Cartagena, completed in 1612 is by the Plaza Simon Bolivar which hosts the Gold Museum, Santo Dolmingo Square and the Palace of the Inquisition (where my friends’ reception was going to be held!).

Onwards to the university district we went where there are good restaurants.

We did see a lot more but to be honest, my attention span doesn’t hold for two hours. I was too busy chatting to a young Brazilian/English guy who was on the tour and taking photos of all the architecture, flowers, colours and narrow streets.

As half the group were solo travellers (there was me, a French girl and several Brazilians), we decided to have lunch together at San Valentin restaurant, a locals’ favourite. You could have a set menu and I chose chicken soup, fish with marinara sauce, sides of chips (actually crisps), and a coke. Not the best meal I’ve ever had but very filling. 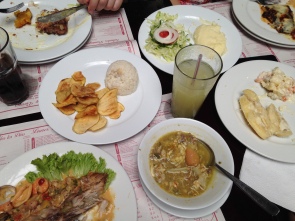 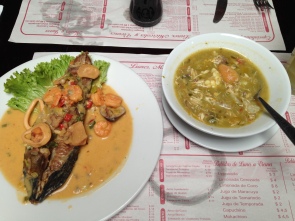 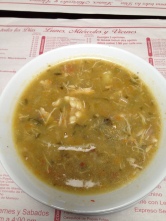 From there, five of us went to Castillo de San Felipe de Barajas. This is a huge 16th/17th century fortress on top of the Hill of San Lázaro just outside the walled city.  I’m sure it would’ve been intimidating to approaching ships or marching armies as it would’ve dominated both land and sea. Although it still dwarfs the old city of Cartagena, the sky scraper hotels of Bocagrande give it a run for its money.

Its fun to hang out here. There are lots of tunnels to explore which take you from one side of the fort to the other and there are lots imaginary gun battles to be fought ;-). 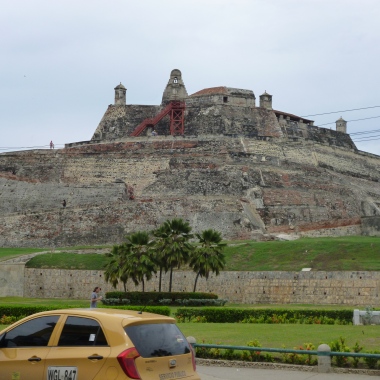 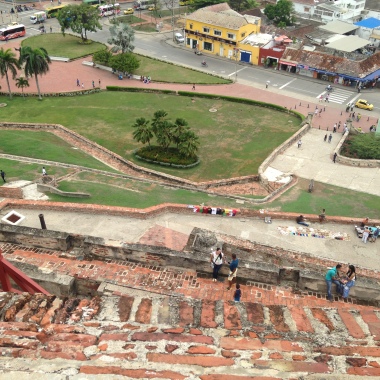 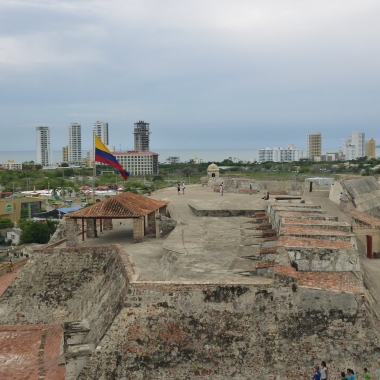 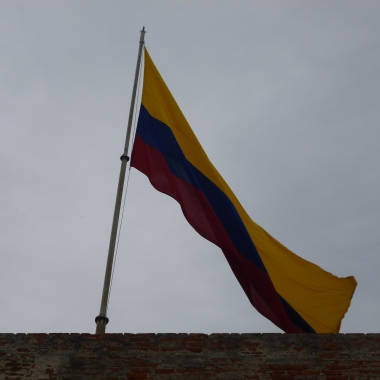 After all that sightseeing, putting my feet up and supping a rum and ice tea would’ve been nice but I had a fiesta to go to!